An Interview with Scott Hensley 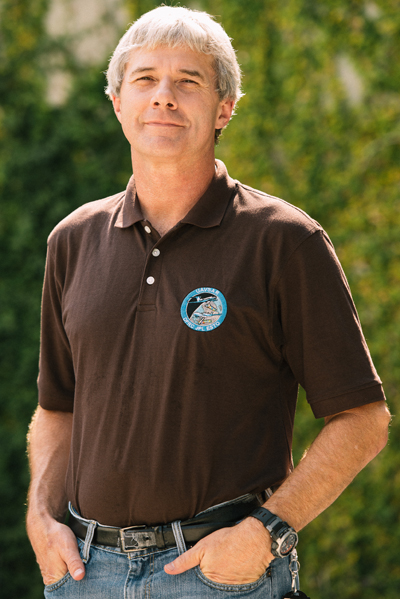 Where are you from?

What did you want to be growing up?

My first choice was to be a marine biologist. I started scuba diving when I was 12 years old and planned on doing research on diving mammals like dolphins, whales, or seals. In college, I ended up majoring in Math and Physics.

Where did you go to school?

What kind of student were you?

Well, I really wasn't a good student during my elementary school years, I nearly failed the first two grades. However, by the time I was in 8th grade I was getting straight A's and I did well in high school, college and graduate school.

What was the best class you ever took and why?

Probably, one of most the interesting and influential classes I ever took was a graduate differential geometry that I took during my junior year in college. This was a great class because the instructor was very good and the mathematics involved many of the subjects in math I enjoy the most. Math areas I liked are very specialized but here they are: algebraic topology, partial differential equations, real and complex analysis, and geometry.

What is your degree in?

I have undergraduate degrees in Math and Physics and a PhD in Mathematics from Stony University where I specialized in differential geometry.

When did you decide to pursue a career in the sciences?

I knew from a very young age that I wanted to study science. I think watching the Jacque Cousteau specials on ocean exploration plus the Apollo space program to go to the moon really excited my interest in science.

How and when did you start working at JPL?

I came to JPL in 1991 to work on the Magellan radar which was an instrument that went to Venus to map the cloud covered surface of the planet. It was truly an exciting mission and it was great to be present when the first images of the surface were formed here in Building 300 at JPL.

What is your job title?

What do you do at your job?

Besides attending an endless score of meetings, I spend my day working on a large variety of projects that involve radar remote sensing including work on sea ice, forest ecology, earthquakes and volcanoes, archeology, and planetary science of Venus and Titan, a moon of Saturn.

What is the coolest/most enjoyable part of your job?

The coolest part of my job is being among the first people in the world to see images from a planet or moon we are exploring or generating new ways of seeing the earth that have never been tried before (this is how I get to use my math and physics skills).

Why is doing what you do important?

First, generating new knowledge about the world is an important scientific endeavor. Each new thing we learn expands the fabric of human understanding of the world and universe, thus providing a stepping stone to the next mystery to explore. Moreover, many of the projects I work on have direct benefit to society such as understanding the impact of global warming or helping to better predict natural hazards.